The web / browser version of the downloadable demo created for Otome Jam 2022.

(Google Chrome Users: We've implemented a fix, it should be working now. Mobile is not currently supported, but will be in the future.)

"This is the beginning of the age of steam.

Our romance (currently at 55,000 words) is set at the transition between the Victorian world as it began, and the near-magical trajectory, into the new age of steam.

You play as Emma, who - through wile, wit, and good fortune - unlocks a secret that has remained dormant for two centuries.  While many are keen to obtain the secret for themselves, others will stop at nothing to destroy it.  Yet, using the secret results in unintended consequences, unleashing new forces that prove difficult to control.

However, a new age of invention is not the only thing blossoming. Emma has her hands full, not only with the mysterious secret, but some unexpected contortions of her heart… set in motion by a ruggedly handsome young machinist, a charming gentleman who comes to her rescue, a woman who defies Victorian norms, and a brilliant young man who carries many secrets of his own.

There’s also an ancient order trying to overthrow the whole thing. Somehow Emma finds an unlikely ally among them...or is it a trap?" 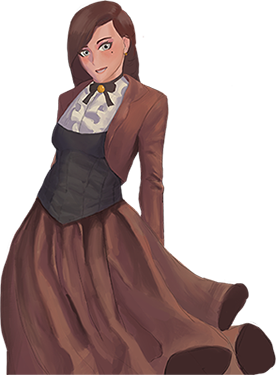 Our spunky main character in the year 1889. She’s a 21 year old lady who is juggling the expectations of her family against what she truly wants. What is it she wants? Well, she’s not entirely sure of that yet, but it’s certainly not what others are expecting from a young Victorian lady.

While she’s figuring out her future, she stumbles across an extraordinary secret that’s lain hidden for over 200 years. The solution to this mystery involves getting to know an unusual cast of characters, who help Emma unlock both pieces of the puzzle, and new romantic possibilities too.

Hiro is an ambitious gentleman. He’s just as charming as he is handsome, but with a bit of a dark side.  Betting on the right people has allowed Hiro to work his way up to the peak of Victorian society, yet he remains unsatisfied.

Emma’s secret may be just what he needs to realize his most ambitious plans yet. But he’s starting to discover that perhaps that’s not what he wants from her after all. 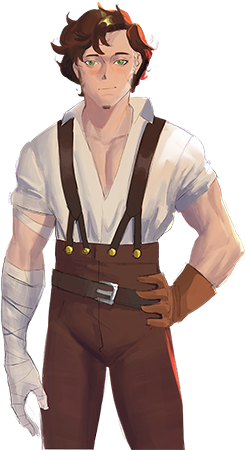 Dalen is a blacksmith with a stunning physique and a heart of gold. He’s a childhood friend of Emma’s and is struggling between the way he has always known her, and the fact that they’re now all grown up.

Some may find him clueless in love, but everything is clear in Dalen’s mind. He knows what he wants, and he believes he has it all already. But perhaps this whole time there’s something right under his nose that he’s missing after all.

Helen is a woman who defies Victorian norms. She has played the game in a man’s world and won. She makes no apologies for who she is and what she wants, and she has enjoyed great success as a result. Yet hard choices have led her to give up on many things as well. She has never had anyone she can truly share her life with.

In Emma, Helen sees a younger version of herself. Will she help change Emma’s future? Or will Emma change hers? 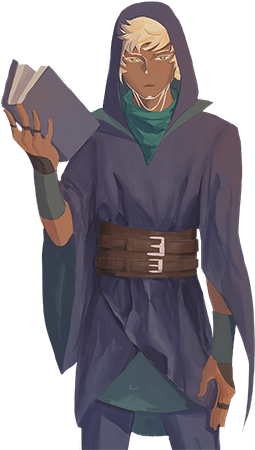 Donovan lives a spartan existence in a monk-like fraternity. Most find him rude and abrasive. He spends his days reading every book and manuscript he can get his hands on - he avoids people and detests interruptions.

Yet Donovan’s chosen life of isolation is a response to a colorful but painful past. Can he make room in his broken heart for someone new? 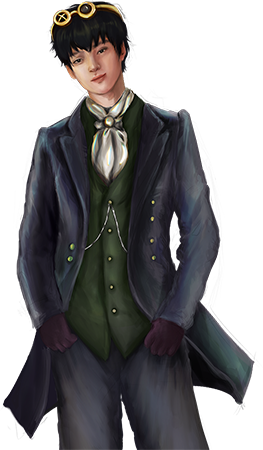 Aiden is a young scientist born in the wrong time and place. But don’t underestimate him based on his boyish looks. With a remarkable creative mind, Aiden plans to devote himself to work that will change the world and make a real difference to everyday people.

Yet realizing those noble aspirations may prove harder than he thinks. Aiden may be in control of his inventions, but he’s not in charge of what others will do with them. Oh, and he’s on the path to choosing a loveless existence… but he’s about to experience a sharp course-correction on that count.

It is a good game. I love the art. Hiro remind me some famous celebrity in korea lmao. The plot is intriguing (ﾉ*0*)ﾉ I enjoyed it

this game is intriguing right from the start and each character has levels of depth that you can begin to uncover throughout the game. i am very excited to keep playing and finish my mission! very good game development with an equally good storyline, not to mention that im in love with helen. this game is your perfect mix of mystery, adventure, history and romance!

Thanks so much for the lovely comment, it's wonderful to hear you're enjoying the game. And yes, Helen is so amazing, we hope you will enjoy her route in the final game (lots of work to do still, but your feedback is so motivating). Thank you for the kind words! 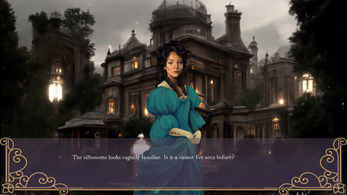 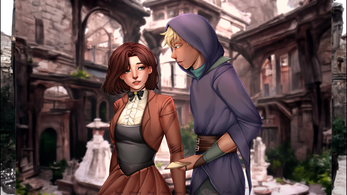 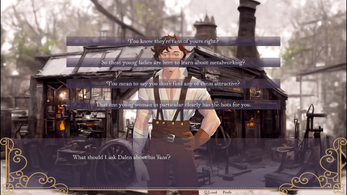 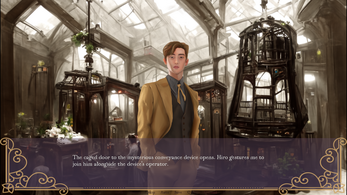 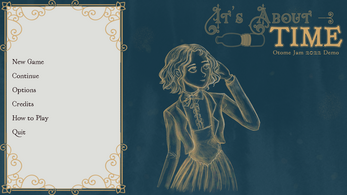